Services in Property Management and Offices 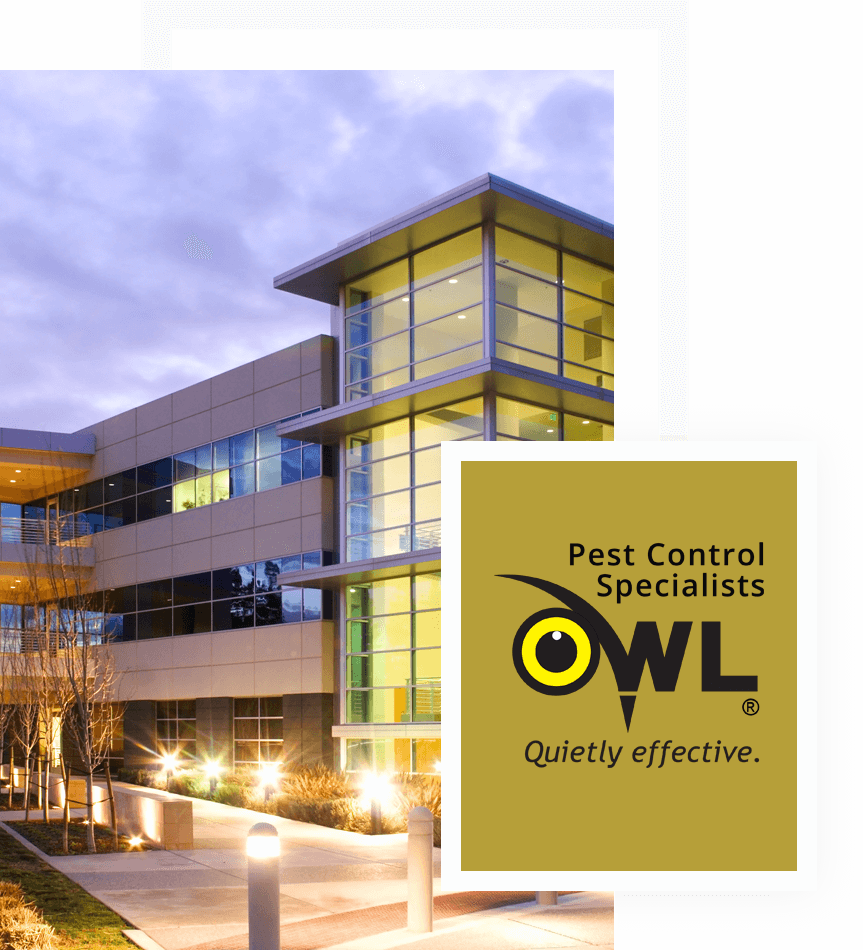 If flies, rodents and birds infest a property and are not dealt with immediately and efficiently, they can spread rapidly around the facilities. This may cause a great deal of disturbance including risks to public health and fear which may result in staff and tenants refusing to remain in the buildings.

Rodents are also known to be responsible for expensive damage to wiring and computer network systems.

Owl has specialized in the Facility & Property Management sector since 1998 and has become the largest provider of Pest Control Services for this market in Dublin and Leinster, currently offering services to over 100 Facility Management Companies and keeping hundreds of office blocks free of vermin on an ongoing basis.

Our main focus is to prevent problems from occurring, therefore we report routinely on any building proofing defects, sanitation or housekeeping issues that may lead to pest infestations. Often the facility manager is not on-site and we communicate our findings with photographs, plans via emails and phone calls.

Swift response in dealing with vermin issues and the ability to report in detail directly from sites by email with illustrative photographs is paramount. All Service Reports reports are emailed automatically upon completion of works by our licensed and highly qualified technicians.

Pest Reports are also safely archived on our cloud servers. All reports are typed with photographs and printed or emailed directly from site in real time.

Our procedures and reporting system are geared to offer Commercial Property Managers a one-stop Service with complete peace of mind.

Check the comprehensive array of procedures and services for Facility & Property Management and Offices by clicking the button below:

We are fully licensed by the Department of Agriculture

Our technicians are highly trained and certified pest controllers

Although most Irish birds are completely harmless, the most commonly known pest species throughout the urban areas are the Pigeon, Sparrow, and Starling. Building nests within commercial developments whilst bringing along with them mites or lice, can cause various problems and even pose a health threat.

The most common routes for birds to enter a building are: broken ridge capping, under roof tiles, in valleys, drain-hole pipes, vents and chimneys.

Common areas for roosting within a building may include down-pipes, exposed ledges, window sills, verandas, air-conditioning units and car parks.

When birds nest in places such as guttering and down piping, their droppings and nest materials block pipes, cause water overflow and moisture problems in the walls.

Nests in structures can be a fire hazard and a source of mite and insect parasites that can affect people. Whilst the direct transmission of disease from birds to humans is uncommon, life-threatening diseases can be contracted from their droppings.

Histoplasmosis is perhaps the most important disease acquired from bird droppings. It is caused by inhalation of spores of a fungus that grows where bird droppings accumulate. Disturbing the droppings, e.g.: during clean-up attempts, causes the spores to become airborne. Most people who inhale the spores experience mild flu-like symptoms or no symptoms at all.

Others, such as those with compromised immune systems and those who inhale large quantities of spores, can develop complications including respiratory problems resembling tuberculosis that can lead to death. The food poisoning bacterium “Salmonella” can also be contracted by humans from bird droppings.

Prevention Steps for controlling pest birds:
The most effective way to control pest birds in the long terms is to remove their food source and prevent them from roosting and nesting on buildings. A reduction in food will not result in the birds dying of starvation. They will just breed less often or move away to another location. It is therefore advised to encourage residents not to feed birds. Allow the birds to pursue a natural life of foraging for food. Food litter left lying around the bins area will also attract birds so these areas should also be checked and kept clean.

Professional pest controllers may be able to prevent pigeons landing on roofs, balconies and other areas by way of trapping and shooting (under licence), or exclusion methods: bird netting, bird
spikes, wire coils, etc. Although these methods can be labour intensive and expensive, they provide control that is effective and permanent.

Wasps measure 1 to 2cm in length with black and yellow bands. Each year queen wasps that wake up from hibernation form new nests. Initially, the nest is built by the queen only and is about the size of a golf ball which is attached to a support (usually hanging from the top). In Ireland, wasps nests start in April/May and last until November/December. Nests are made of chewed pieces of wood mixed with saliva.  They are light grey in colour.

If left alone and providing there is sufficient space to expend, wasp nests can grow to a circumference of 120 cm by the end of the summer. They are found in a variety of places including cable boxes, tree branches, roofs, attics, cavity walls, garden sheds and even abandoned rodent burrows and under tree roots. In autumn the nest dies and is not reused by new wasps the following year.

Individual wasps are also very attracted to the wheelie bins left outdoor in commercial development yards, which can be distressful for staff.

Controlling wasp nests:
A wasp nest will grow to a size of up to 5000 workers if left undisturbed. Because of their aggressive behaviour, wasps can become a danger for passing children and adults if their nest is near or in a building. Once stung, some swelling and redness will be noticeable on the skin, and it normally goes after a few hours. For allergic persons, the reaction will be more acute and long-lasting.

The more allergic reactions will display a larger itching and swelling, sweating, faintness, vomiting or stomach cramps, a choking feeling with swelling of the throat. In some more extreme cases anaphylactic shock resulting in death, even under emergency care. Wasps can also sting repeatedly (unlike bees).

It is important to identify and destroy all wasp nests on a commercial property. Professional Pest Controllers wear bee-suits and other protective clothing to stay protected from stings.  They treat or remove the nests directly which is the quickest and safest way to get rid of wasps. Wasp nest die very soon after treatments. 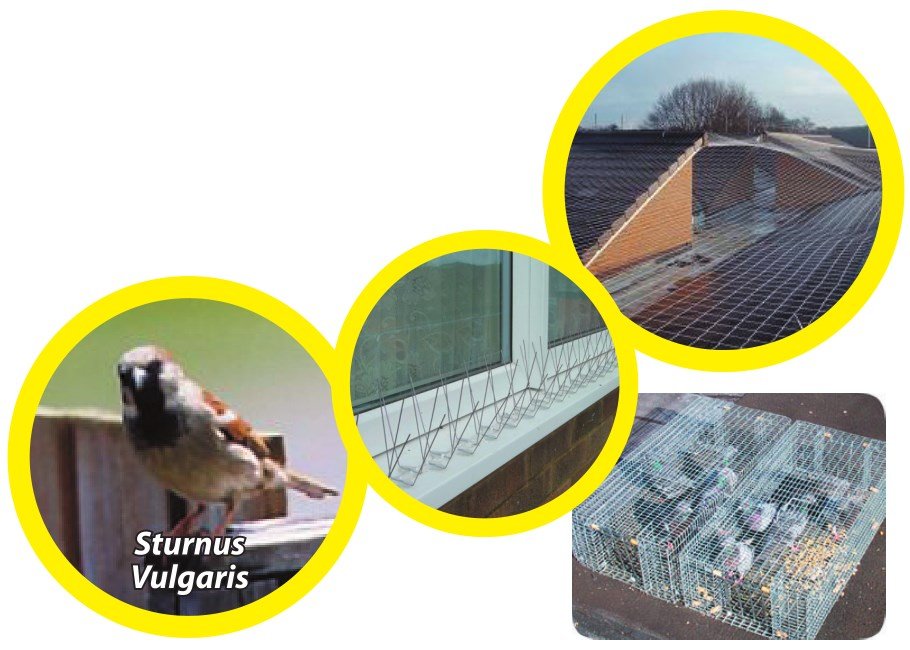 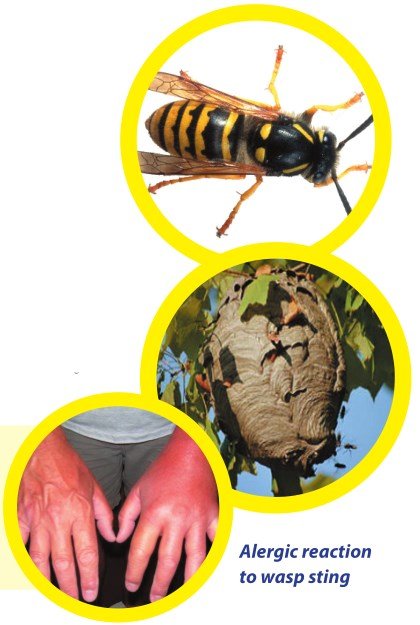 Shopping Cart
We use cookies on our website to give you the most relevant experience by remembering your preferences and repeat visits. By clicking “ACCEPT ALL”, you consent to the use of ALL the cookies. However, you may visit "Cookie Settings" to provide a controlled consent.
Cookie SettingsREJECT ALLACCEPT ALL
Manage consent